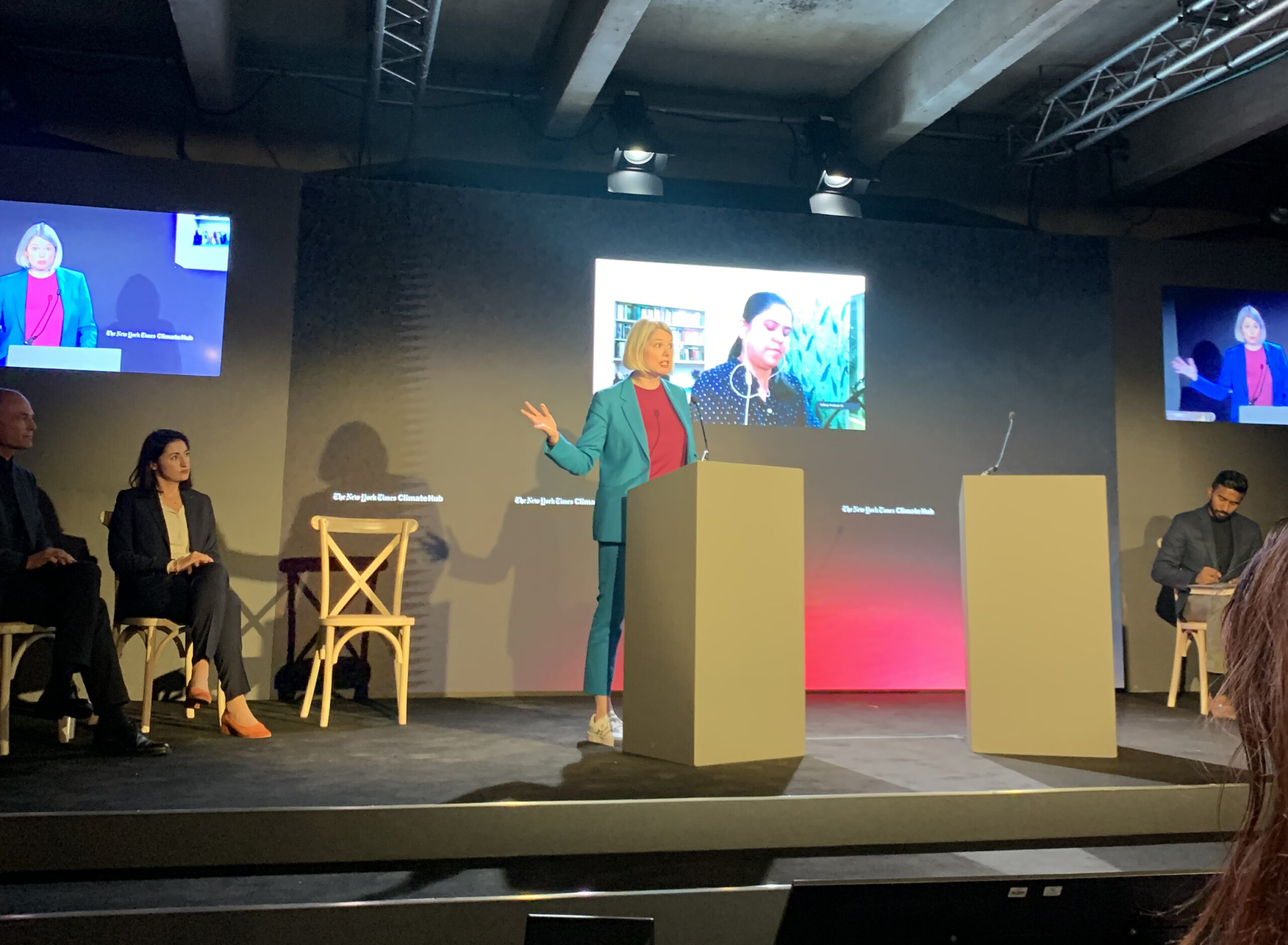 Gina Neff speaks at The New York Times Debate in Glasgow, during COP26

Speaking at the COP26 New York Times Climate Hub in Glasgow, Professor Gina Neff delivers a warning of the role of tech in the green transition.

“Tech isn’t a magical solution to our climate crisis”, said Professor Gina Neff, Executive Director of the Minderoo Centre for Technology and Democracy, speaking at a debate at the New York Times Climate Hub in Glasgow.

“It is part of the problem”, she continued.

Neff was speaking for the motion at a debate during COP26, titled ‘The New York Times Debate: Our Obsession With Technology Will Slow Down the Green Transition’, chaired by The New York Times journalist, Thomas Friedman.

The debate examined whether technological innovation- so often presented as the ultimate manifestation of human ingenuity, and relied upon as the silver bullet of global solutions – fails through its current methods and priorities, to account for the more complex picture we need to build lasting solutions.

“Technology is important, but obsession is very dangerous”, said Betrand Piccard, Chair of the Solar Impulse Foundation, also speaking for the motion.

“Can we really solve the problems of today, with the solutions of tomorrow?” he said.

“Technology without society, without democracy, will never save us”, Neff concluded.

Speaking against the motion, Ryan Panchadsaram, Technical Adviser to the Chairman, Kleiner Perkins said: “We must obsess over technology, or we will not get to net zero in time”.

“I believe that technology will not only not impede the green transition, but will seriously help achieve it,” said Kayla-Megan Burns, Member, Generation Climate Initiative and Former Student Union President, University of Strathclyde.

Citing access to climate education and skills through technology, Burns stated: “Technology has transformed how we experience the world”.

“We can revolutionise technology and our attitudes towards it, just as we must revolutionise every aspect of our lives”, they continued.

“Technology cannot be the sole solution for all the challenges we have”, said Lubomila Jordanova, Co-Founder and C.E.O., Plan A.

“Policy, individual action and technology can together create a loop of ambition that truly accelerates the green transition”, they continued.

Summing up the arguments for the motion, Neff delivered a warning of the “obsession” with thinking that there is a technical solution rather than the political and social solutions that will get us to solve the climate crisis.

“Technology without society, without democracy, will never save us”, Neff concluded.

Summing up the arguments for the motion,  Burns stated:

“[Technology] brings us closer, makes it more equitable and drives a better future”.

Thomas Friedman, asked the audience to applause for which team they felt won the debate.

Who won? Watch the full debate below. 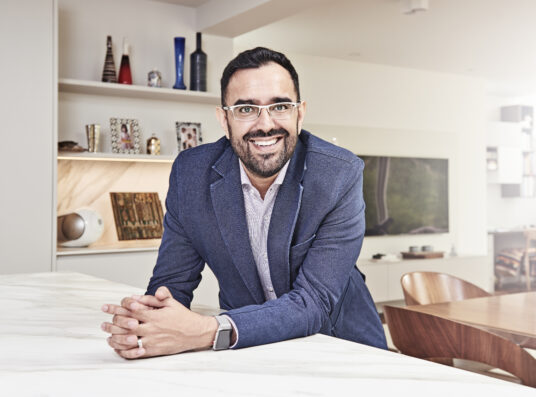 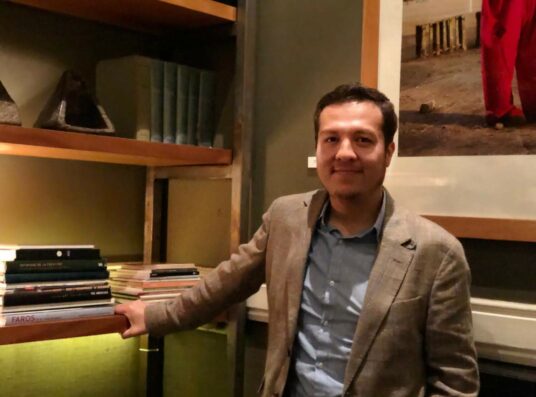 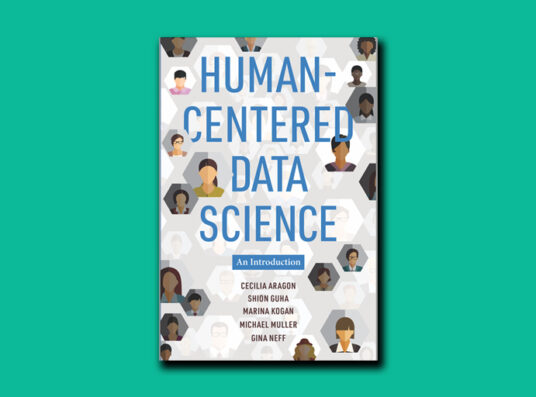 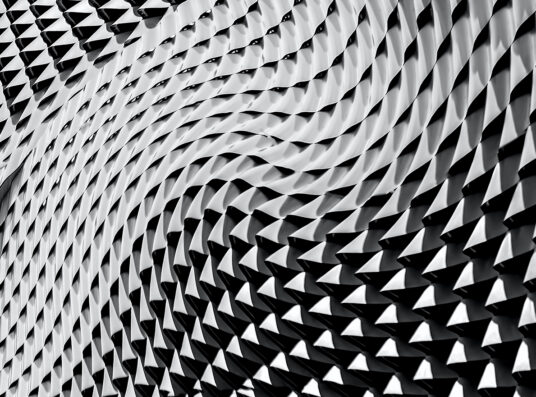